He has over 16 years experience across all facets of the independent media sector, from creating and growing sustainable content production, developing novel distribution systems, and marketing. He co-founded Democracy Now! Productions, Inc in 2002, collaborating in the development of that radio program (founded in 1996) into a high definition, globally broadcast cross-platform TV/radio news hour. He has extensive live television production experience, leading hundreds of live broadcasts from across the United States, Canada, Latin America, Europe and Africa. In 2006, he was appointed to the U.S. Federal Communications Commission’s Consumer Advisory Committee, where he chaired the Media Ownership subcommittee, passing measures against further corporate media consolidation. He is the co-author, with journalist Amy Goodman, of three non-fiction books, including Democracy Now!: 20 Years Covering the Movements Changing America (also co-authored with David Goodman) and The Silenced Majority: Stories if Uprisings, Occupations, Resistance and Hope. All three books appeared on the New York Times bestseller list.

Moynihan is a syndicated columnist with King Features, co-authoring a weekly column with Amy Goodman. He was named “Media Citizen of the Year” in 2016 by the National Federation of Community Broadcasters.

He and his wife, Trish Schoch, were married at Granby Ranch, and split their time between Denver and the Fraser Valley. 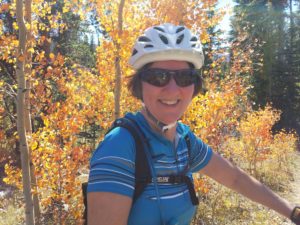 Secretary Miriam Stohs is a Colorado State Criminal Defender in Jefferson County. She shared The Colorado Criminal Defense Bar Gideon Award in 2009 with sister and fellow members of the DNC People’s Law Project, which provided pro bono legal defense to people arrested during the 2008 Democratic  National Convention in Denver for simply engaging in […] 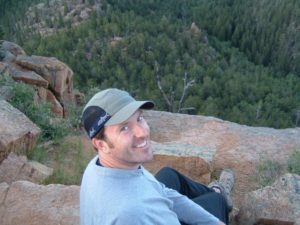 Treasurer Shaun is a long-time supporter of community media, helping to harness technology for the public good. His professional activities have spanned the planet, with a specialty in Global Information Systems and satellite imagery, and making these emerging technologies accessible and helpful to a broad cross-section of users. He is a lifelong skier and avid […]